Queerest of the Queer Festival
September 9, 2015

Keith Jarrett lives and works in London, where he is still growing up. Performance poet and fiction writer, he is working on his first novel – partly in verse – which seems to be about a boy with a God complex on the run from the influence of a Pentecostal church.

Keith studied Spanish at UCL, worked briefly in publishing and then took an MA in Creative Writing in 2007, at Birkbeck, London. Since graduation he has written for various publications, including The Mechanics’ Institute Review 5, Tell Tales Vol. IV, Pulp Net and, most recently, Boys and Girls.
He has written poetry in both English and Spanish – a language he became fluent in whilst living in the Caribbean – and is a former London and UK Poetry Slam! Champion.

Keith has set up poetry workshops for schools and taught Spanish at Primary level (KS2). He was one of six initial Spoken Word Educator trainees teaching at a secondary school in East London while researching Creative Education for an MA at Goldsmiths; the project is the first of its kind in Europe. Now he is starting at PhD at Birkbeck/SOAS universities. 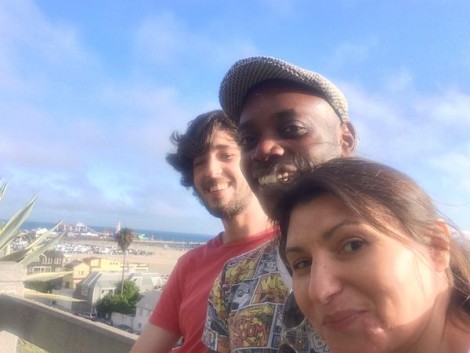 All enjoying the sun.